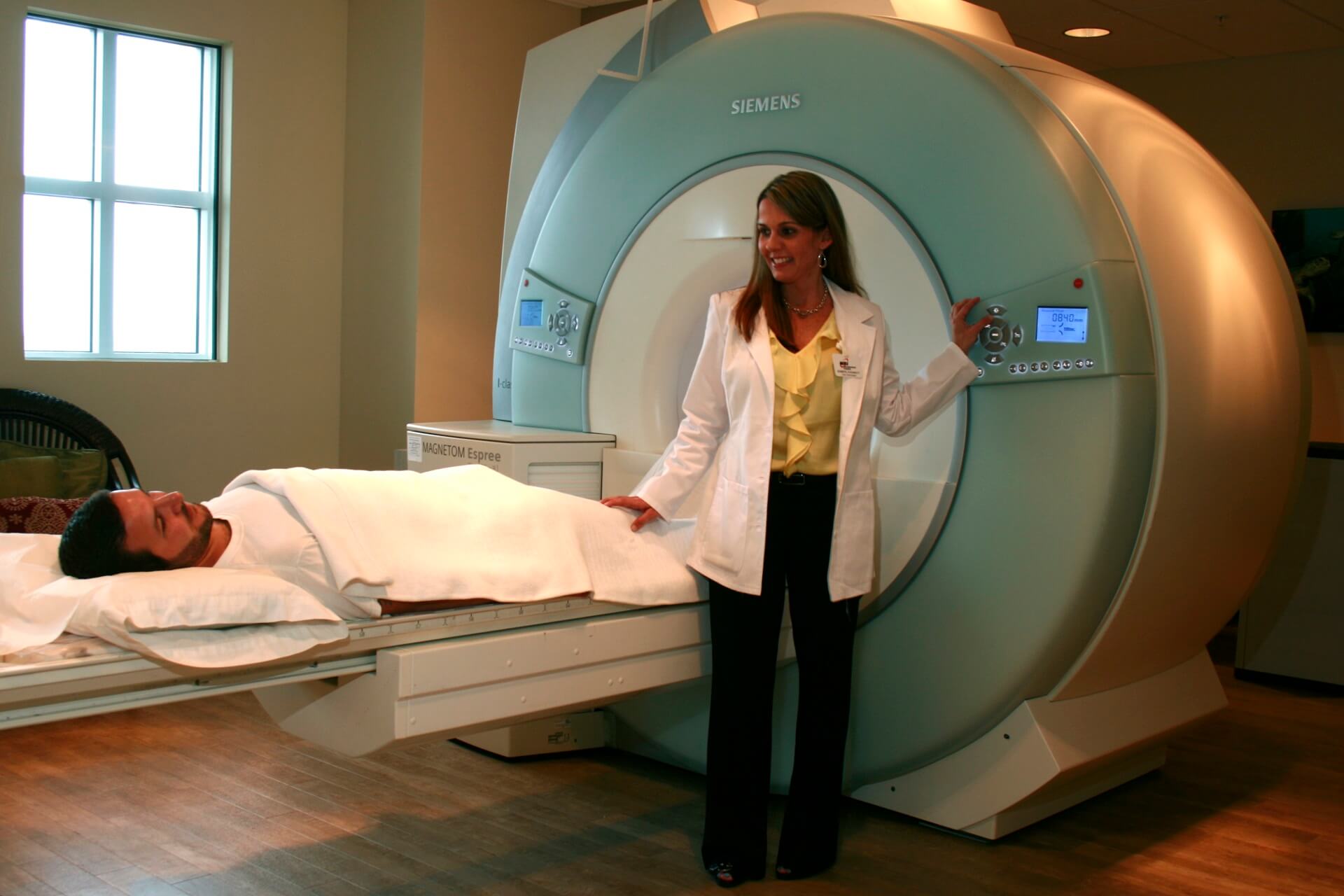 In 2004, Neuroskeletal Imaging, fondly known as NSI, was founded and incorporated on an ideal that centered on patient care and satisfaction. We believe that outpatient radiological facilities should be owned and operated by board-certified and licensed radiologists, which allows for non-biased medical care to be efficiently coordinated with physicians and other medical providers.

NSI’s breast MRI service uses the same state-of-the-art equipment as our other services.

An arthrogram is a procedure in which a radiologist, using x-ray guidance (fluoroscopy)

Ultrasound imaging, also referred to as sonography, is a painless
procedure

X-ray is one of the oldest forms of radiology testing. It is a fast and painless test..

(DEXA) Dual-energy x-ray absorptiometry is a technique used to aid in the diagnosis of osteopenia and osteoporosis. DEXA is currently available in our Merritt Island location.

The low-dose spiral CT scan continuously rotates in a spiral motion and takes several 3-dimensional X-rays of the lungs. These X-rays are very detailed and can show early-stage lung cancers.. 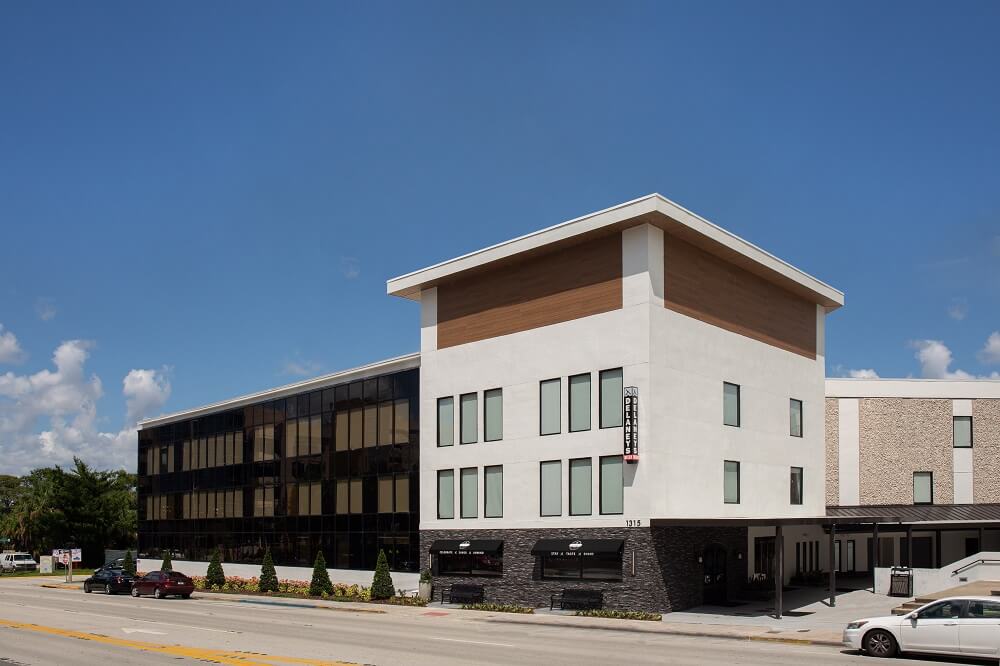 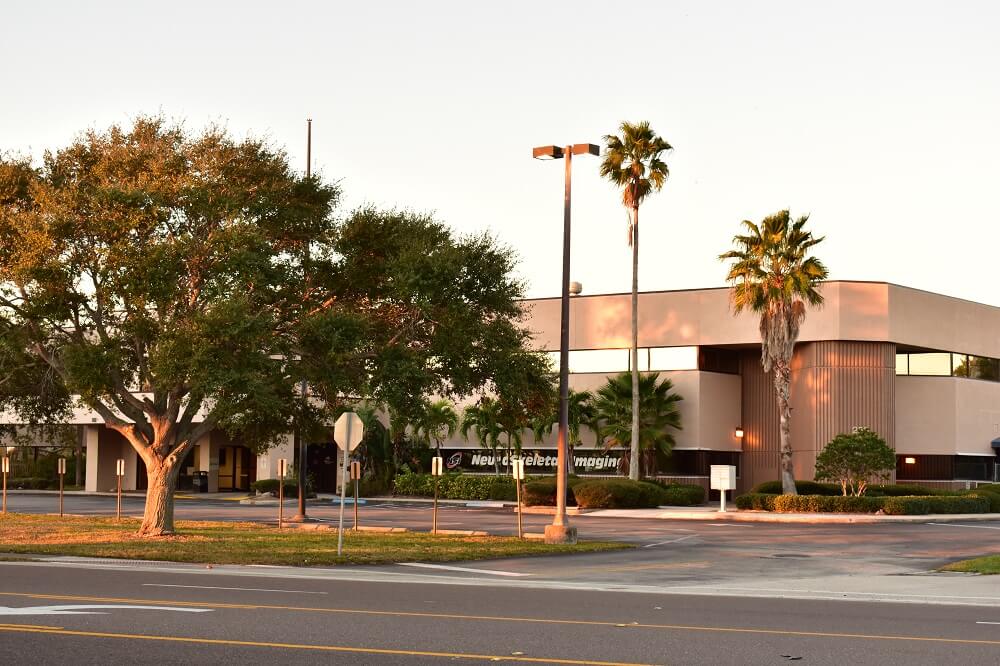 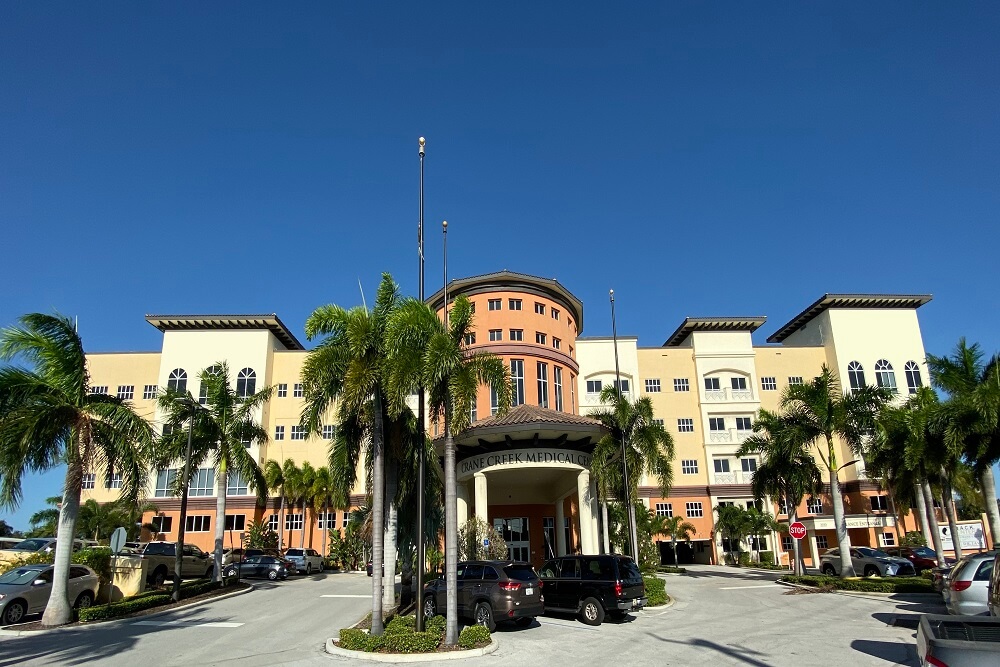 I had been experiencing some pain in my knee and went to NSI to get an MRI done. I’d never had an MRI before and wasn’t sure what to expect, but when I arrived for my appointment I couldn’t have been more pleased with the warm and friendly staff. They even offered me headphones and warm blankets to make sure I was comfortable. Their imaging machine was new and state-of-the-art and it produced an image so clear that the radiologist was able to give an immediate diagnosis—torn meniscus. NSI has my highest recommendation!

Setting my appointment was quick and easy and the staff made me feel comfortable during my procedure.

The warm and friendly staff at NeuroSkeletal Imaging made me feel completely at ease during my MRI. I was nervous going into the office for the exam, but I left feeling like part of the family.

What is an MRI?

An MRI is a machine that uses a large magnet, radio waves, and a powerful computer to produce cross-sectional images of the body. No X-rays or other ionizing radiation is employed. MRI is the shortened form of magnetic resonance imaging.

How does MRI work?

To understand how an MRI works, let’s start by focusing on the “magnetic” in an MRI. The major and most important component in an MRI system is the magnet. The magnet in an MRI system is rated using a unit of measure known as a tesla. MRI provides a magnificent view inside the human body.

A large magnet surrounding the body causes the hydrogen nuclei (protons) in water molecules to align in a particular direction, and then radio waves strike the protons, causing them to spin out of alignment. When the radio signal is turned off, the protons return to their previous alignment, giving off new radio waves at the same time. The returning radio signals are received and analyzed by a computer, which then creates cross-sectional images of the body.

When is MRI used?

MRA is “magnetic resonance angiography”. Using special techniques, MRI can be employed to produce highly detailed images of many arteries and veins, without the need to insert catheters into the body or inject iodinated contrast agents. The pictures obtained look much like a conventional angiogram, but are obtained non-invasively.

What is a CT or CAT scan?

CT stands for “computed tomography,” taken from the Greek word “tomos” meaning “to cut” or “to slice.” CT uses ordinary X-rays coupled with special detectors and a powerful computer, to create images, which appear as sections or slices of the body.

When is CT used?

CT scanners can be used to evaluate almost any part of the body for a variety of different problems. Some examples are:

What can I expect during my CT scan procedure?

With the latest multidetector CT scanners, most examinations take less than 10–15 minutes. You will be asked to lie on a comfortable table, which will slide into the opening of the machine, and you will move through the opening as your body is being scanned. If intravenous contrast material is required for your exam, a temporary IV will be started in your arm by a technologist. For abdominal scans you will also be asked to drink a dilute barium solution, beginning approximately two hours before the procedure.

What forms can I fill out prior to my examination?

Diagnostic Ultrasound is the use of high-frequency sound waves to study the anatomy and function of the body. The sound waves can be used to produce images of various organs, to observe motion within organs, or to measure the flow of blood using a specialized method called Doppler Ultrasound.

How does ultrasound work?

A small, hand-held device, called a transducer, is used to send sound waves into the body, and to receive returning signals. The information returning to the transducer is sent to a computer, which reconstructs cross-sectional images of the body—similar in concept to sonar or radar.

When is ultrasound used?

Because Ultrasound is non-invasive, painless, and does not use ionizing radiation, it is an extremely valuable way to evaluate many parts of the body—including the pregnant uterus, pelvic organs, kidneys, gallbladder, liver, thyroid, breasts and testicles. Doppler Ultrasound is used to evaluate the heart, as well as blood vessels such as the carotid arteries and veins of the legs.

What can I expect during my ultrasound examination?

The procedure is painless. You will lie on a comfortable exam table, while the sonographer moves a transducer over your skin. A gel-like substance is applied to the skin, to allow the sound waves to pass through more easily. For some exams of the female pelvis it may be necessary to place a transducer into the vagina, but this is not uncomfortable for most women.

What is an x-ray?

A beam of x-rays can be produced by bombarding a tungsten target with a stream of electrons, inside an x-ray tube. The x-ray beam can penetrate through the body, exposing a sheet of photographic film which records the image cast upon the film by the differing absorption of portions of the beam, by tissues of varying density within the body. For example, the lungs are easily seen because they contain air, allow most of the x-ray beam to pass through, and appear dark on the film. Bones are clearly seen for the opposite reason: they absorb most of the x-ray beam that strikes them, and appear white on x-ray films.

What forms can I fill out prior to my x-ray examination?

Exposure to any radiation is potentially hazardous, although the amount used for diagnostic examinations is extremely small—similar to the amount of radiation we receive each month or year from natural sources. Diagnostic x-rays are requested by your physician and performed by us, only when the potential benefit to you far outweighs any potential harm.

How are x-rays used?

X-ray films are very useful for examining the lungs and bones (including the spine) and can also be used for evaluation of the skull, sinuses, abdomen, and all other bones throughout the body.